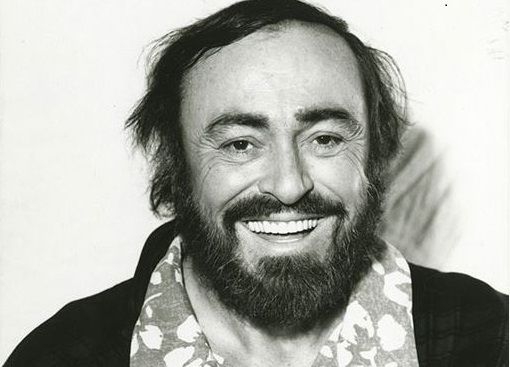 Luciano Pavarotti: from Modena to the Hall of Fame

Luciano Pavarotti is with no doubt the most famous Italian tenor. Not only he treaded the boards of the world’s most prestigious theatres, but he had also been a world ambassador for the Bel Canto and for Italian culture.

For this reason we are very glad to announce that on August 24 2022, 14 years after he passed away, he was awarded with one of the most prestigious recognitions: a Star on the Hollywood Walk of Fame.

Five Grammy Awards and two Primetime Emmys for televised concerts are just a few of the many recognitions titles and prizes, Pavarotti obtained during his 43-years career.

In 1992 he organized the first edition of the Pavarotti & Friends, a charity concert held in Modena, hosting international artists from all over the world with the purpose to help the children victims of wars and civil conflicts. For his social commitment and his personal generosity, in 2001 he also received the UNHCR Nanseen Refugee Award.
Luciano Pavaortti’s peace message and charities and social commitment continue thanks to the work of the Luciano Pavarotti Foundation, which organized great concerts and exhibitions all over the world and manages the Casa Pavarotti Museum in Modena.
If you are planning to visit Modena, Luciano Pavarotti’s home-town, don’t miss out the opportunity to visit the Luciano Pavarotti home-museum. You will discover Pavarotti in the most intimate and warm light of his rooms, gently approaching his memory while admiring his personal objects, getting to know his daily habits, and discovering the family man hidden behind the great artist.

Choose one of our amazing experiences to discover Modena and the Luciano Pavarotti Casa Museo!