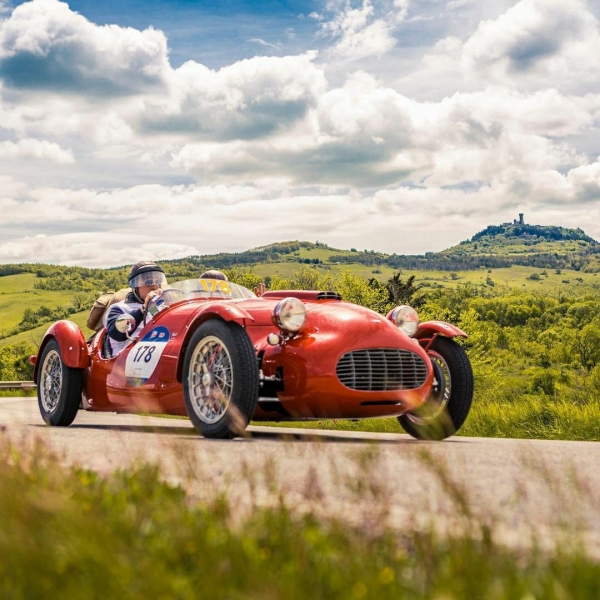 Defined from Enzo Ferrari “the world’s greatest race” the Mille Miglia will start in Brescia on June 16. The teams will head to the Tyrrhenian coast to reach Viareggio. After this first stop, they will continue to Rome and from the capital city they will proceed towards the Apennine mountains. Bologna will be the last stop before getting back to Brescia. For the first time the itinerary will include the mountain passes of Cisa, Futa and Raticosa. Entries will close on April 30, and acceptance will be announced by May 7.

The original name of the race was the Cup of the 1000 Miglia. The first edition in fact was held in March 1927 and was organized by the Brescia drivers Aymo Maggi, Renzo Castagneto and Franco Mazzotti along with the journalist Giovanni Canestrini. Originally it was an open-road, motorsport endurance race and the itinerary had no stops but one single race.

The most beautiful race of the world, known also as Red Arrow, owes its name to the initial length of the itinerary which was 1600km corresponding in fact to 1000 miles. The competition has taken place nearly every year since 1977 from Brescia to Rome as a regularity race for classic and vintage cars. Participation is limited to cars, produced no later than 1957, which had attended (or were registered to) the original race.

This amazing race testifying to the history of design and cars, is also the scenario of famous art-films such as Amarcord by Federico Fellini and the latest Rosso Mille Miglia by Claudio Uberti.